DevClub
Dev Answers & Best Practices Notes with single and multiple Attachments since version 10.3
Click here to join "DevClub" to engage in the conversation with this group and curate your SugarClub experience.
Forums - Thread Details
Related

Notes with single and multiple Attachments since version 10.3

In Sugar versions lower than 10.3 each note could contain only one single attachment which is described in the note record and which is uploaded to the upload directory ($sugar_config[‘upload_dir’]), the file name is the same as the id of the note record itself.

With version 10.3 multiple attachments were introduced which allow more than one attachment per note. All attachments are created as single notes with their own id, an attachment_flag set to true and a note_parent_id referencing the parent note.

Data migration from lower versions to 10.3 is not necessary because the one-to-one assignment is still valid. Notes can contain a direct attachment upload and additional referencing multiple attachments.

Note in version <10.3 with and without attachment: 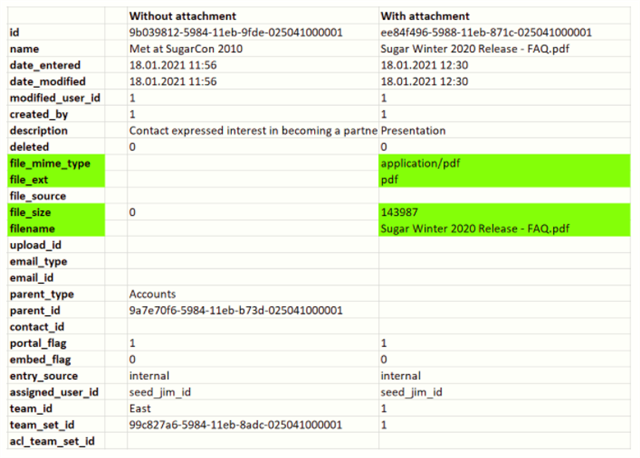 The attachment is defined by the file-fields of the note record. 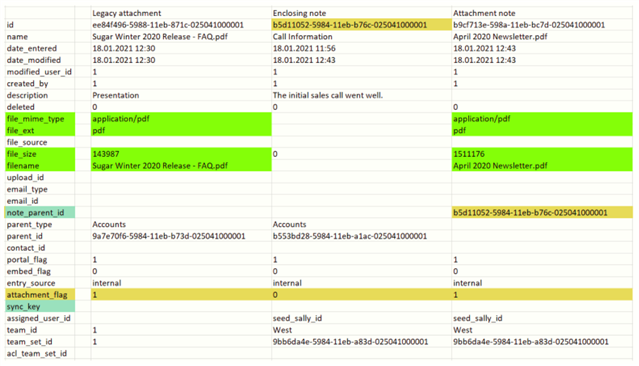 The note with legacy attachment contains all attachment information in the note record, the attachment_flag (new with 10.3) is set to true. 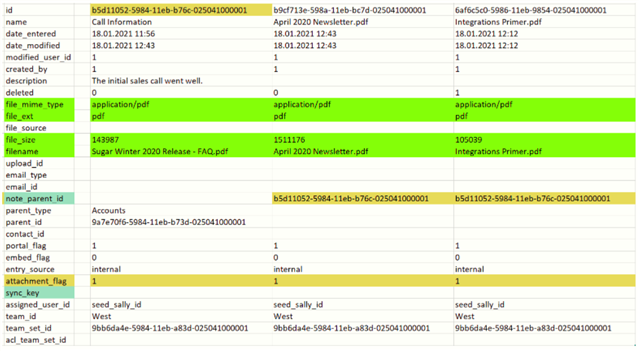 When uploading notes you must know how to change your REST calls to make use of the new feature.

Before version 10.3 you could upload only one file per note so you used the following REST calls to create a note with attachment:

With version 10.3 the upload first creates the enclosing note and then all the attachment notes can be created like this:

When you delete a note with a legacy attachment, the attachment file is deleted from the upload directory.